The Holiday whirl: We will Rock You

The Theatre des Westens is a gorgeous place.
I often find it a bit depressing how little audiences in Berlin react (at concerts and musicals- 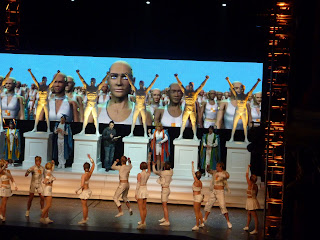 when I saw Rocky Horror no one even got up to dance the time warp!) I felt the same way through the first act of this musical written by Ben Elton to showcase Queen's music— until just before the second act. That's when the audience started the famous "We will rock you" clap. It made me feel more at home. Perhaps it was the beer during the intermission?
When I looked around, the average age was a few years older than myself (which makes sense, since Queen was founded in 1971, when I was but a wee babe:)).

You can read the plot in the Wikipedia entry, but the 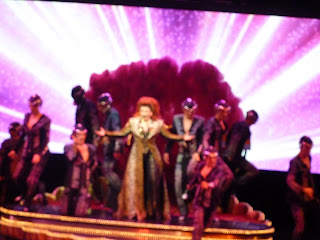 gist seems to resemble most closely that of Anthem by A*n R*nd and 2112 by Rush.

We enjoyed it tremendously. 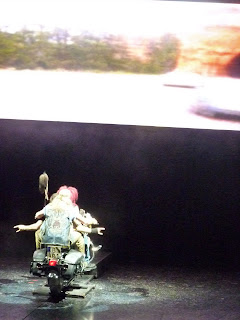 while visiting seattle the last 3 weeks i had to take my husband to the rocky horror picture show because they still have a live cast acting the entire thing out in front of the stage! i had no idea this was still going on - more than 20 years now?! everyone was up on their feet, most were costumed, and although my husband didn't know the audience participation lines, he knew all the words to all the songs! i'd never had more fun at RHPS!