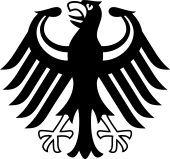 I had wanted to take my Orienteeringskurse last month, before taking the B1 exam (so I would have a chance to speak some German after my class ended), but the course was booked out so I wound up having to take it this month from the 8th through the 16th.
The timing made life a little chaotic, with all the other things happening this month and with T1 getting sick during the course. In addition, because the teacher had an issue with the class extending to the 17th, as it was scheduled, we needed to add time to each of our other classes to reach the required 45 hours. I found it amazing that a German class was actually scheduled to run (normally) on a Saturday. Of course, it wasn't the unimaginable Sunday!
So, my feelings after taking this course: I found it interesting and of course, since I already have my permanent residency, I took this voluntarily. There was another woman (from Finland) who took the course simply to learn more about the country in which she is living, but everyone else there was there due to a requirement by either the BaMF or the Jobs Agency. There were 16 people in my course and the over half were native Turks. In one case, although B1 proficiency is required for the course,the gentleman spent the time sitting in the back and when spoken to or speaking, had translation done by the women sitting next to him. One woman said that she didn't "want" to take the test (a 25 question test at the end of the course) and asked what would happen if she did not: the teacher said that would be between her and the BaMF but the individual asked that question repeatedly and also showed up late or left early every day.
I actually knew two of the women from my past language courses and I enjoyed the opportunity to communicate in German in a way that did not focus solely on learning language. I particularly enjoyed learning about the set up of the political system and the Constitution. Of course, the basics were familiar and comfortable to me as the German Verfassung is based upon the American Constitution. I think there are even some improvements, as the men who wrote it had some 160 years to actually work out the kinks before rewriting it. Learning about the Verfassung and understanding rights would clearly be more difficult for those from cultures without such constitutional (written or unwritten) rights. But the Bundesamt and Landesamt concepts, as well as the deeper understanding of the Parliamentary system, was very interesting and worthwhile.
Some other thoughts: As seems to be usual in German classes, we started with statements of prejudices (in this case what we Auslanders thought of Germans, while the teacher supplied the other side). I always think this is such a negative concept, although it's amusing to actually hear a German rationalize why 16 people from 10 different countries feel that Germans are cold, unfriendly to children and dedicated to rules rather than results. She asked how many of us have German friends (vanishingly few) and told us that she herself, although she has many foreign friends in other countries, has none here. She said that it was "too much trouble" to go from teaching German as a foreign language, or any of the four other languages she teaches, to need to
watch her language in private speech. This from a woman who, quite amazingly, manged to teach this course at exactly a B1 level throughout the 8 days— there was not a word or a sentence that I did not understand. If it's too much for her to "speak down" to foreigners, I certainly understand why so few native Germans have the bock.
The course was clearly aimed at teaching people from non-Western cultures what the Grundgesetz or basic (inalienable) rights are in Germany and to require them to look at some German history to understand Germany's place in the world and as such, I am glad that it exists. I think it was too short and too easy, though. All of the possible questions for the test are published (250), from which 25 are chosen for the actual exam. I read through the questions (and answers) the day before, with an eye to being certain that I understood all the German and when I took the exam (with an allotted 60 minute duration), I finished in 3 minutes. The majority of that time was spent understanding the crazy manner of crossing out or circling required to overwrite an error. To fail this exam would be to make a deliberate act of will and if I were German, I would not consider such a course nor passing such an exam sufficient education to allow a person to integrate within German society.
Posted by G in Berlin at 12/16/2010 11:33:00 AM