It's probably going to be a light month, as I gear up to edit another news letter for our club and also have an apa mailing to finish. But I will forge ahead in my effort to read through the books I need to return, those I want to donate/give away, and those I really ought to read so that my brain doesn't atrophy. One of my goals will definitely be to ensure that I manage at least one of those every month!I recently saw that there had been a "Mary Stewart Modern Classic" re-issue edition of her books in the UK and , while the spouse is working with a UK group, ordered them over so they were hand-carried to the office. I've been spending my time, in between dealing with household issues and a newsletter and a club mailing, reading and reveling in Mary Stewart: I'm pretty sure that I did not appreciate them enough when I read them in my early teens. In particular, I am finding it interesting reading these in chronological order, seeing the changes in societal expectations of women and looking at Europe, now as opposed to then, as someone who has lived here and visited several of these areas. These books are even better than I remembered and I think Mary Stewart really invented this type of suspense: real mysteries with relationships, with strong female leads, literate and with wonderful research and description.
Eight books in total and a few more Mary Stewarts to come next next month. Better than I thought considering how busy this month has been.
Posted by G in Berlin at 1/31/2012 11:21:00 PM 1 comment: 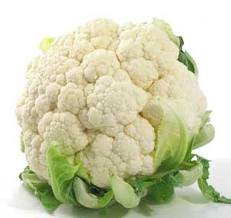 Part of my goal of feeling healthier this year is, of course, eating healthier. I'm never going to be able to get a healthy can of soup off the shelf in Germany, but now that I can find natural and MSG-free stock, I'm going to be making a lot more soup. And since the kids are very happy just to have a quick chicken-noodle (while I'm not), I'll be experimenting more.
The last soup was a big hit with the German, myself, and Ian (who tells me that he has had an issue posting comments- if anyone else has, would you drop me a line at bigappletobigbear (at) googlemail.com so I can see if there's a general issue?). I'll be following up tomorrow with a miso version and will add it to that post, but yesterday I made Cauiflower-Ginger-Potato soup. I started off thinking I could make it parve again, but I'm afraid I went, ahem, too far with the cayenne pepper and wound up needing to add a liter of 2% milk to calm it down. The German says it's still a bit spicy, but good with the milk added.
I started with the allrecipes.com Creamy Cauliflower with Ginger soup and changed it up a bit.
Cauliflower-Ginger-Potato Soup
Heat the oil in a stock/soup pot until it shimmers.
Then add the onions and sautee for 5 minutes.
Add turmeric and garam masala, to taste or a T+ each. Add cayenne pepper, but start with 1t and add more toward the end of cooking, when you can actually taste it.
Add cauliflower (and if you will use the potatoes, add them here as well)and continue to sautee 10 minutes.
Add garlic and ginger and sautee 2 minutes (add more oil if required).
Then add bouillon blocks and boiling water, stir, cover, bring to boil then lower to simmer for 20 minutes.
Use an immersion blender to puree the soup. Adjust spices. Add milk to taste and re-adjust spices, particularly salt and pepper.
The original recipe was 8 servings at 144 cal- this would be less: more (lower fat) milk, but more olive oil, 2x the fluid with far fewer calories. Our servings are more than a cup and we have more than 10.
Enjoy!
Posted by G in Berlin at 1/22/2012 12:27:00 AM No comments: Where has the month gone?

2012 ( without a checking account— they don't exist in Germany) I haven't really had to type that date very much. The German was helping T1 with studying during the holiday break and kept couching her on writing the date properly: perhaps that has helped me remember it!

In any case, I actually started this on the 10th and looked up and it was 4 days later, so I need to break my blogging log jam and get going again!

The first half of January has just been non-stop.
In goal news, I've succeeded at working out 4-5 times a week and I'm pleased about that. I'm getting a bit faster and I find the statistics motivating. My German class starts next week, but only once per week, so I hope that will still allow me some time for fun.

Decluttering continues apace and I try to do it a bit a day and update that blog when I get a chance to upload the pictures.

We changed the girls' swimming classes, as T2's teacher went back to school and the replacement was to be the girl who was just- horrible! The one who wouldn't get in the pool with the non-swimmers, who made T2 cry, and who was the reason we actually had to change days last time (to get away from). T2 loves her new teacher and keeps telling us that she's the best teacher ever: I told I. that last time and she said "practice helps"- she has been doing it for 30 years! I also noted that she spent the whole time in the pool with the children. T1 is also enjoying her new class (she made Silver level before the holidays) and it's a win-win all around.
Posted by G in Berlin at 1/14/2012 11:47:00 PM No comments:

I'm not much for resolutions. They sort of drive me crazy, as if I fail in even the smallest way, I can find my resolve to do anything completely dissipated.

I do, however, want to set some rolling goals. For this year and going forward. I want to have a place where I can actually keep track of what I want to do and have these thoughts not just be on scraps of paper that I lose. I want to see where I (and we) are in the ever-changing structure and goal-setting of personal life. I also enjoy reading other people's life lists and I'd like to take a stab at at thinking about where we are and how we are progressing.

So, on the whole, life is getting better and more organized. There have been some hardships in our time here, and some health issues. But we are all in a good place now and it looks like , wherever that place is, it will only get better.
Posted by G in Berlin at 1/01/2012 02:43:00 PM 3 comments: