What I haven't Blogged about... 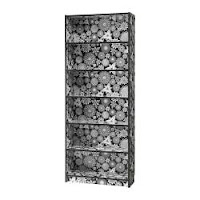 It's been a busy few days.

Saturday was the first night of Passover and things were a bit chaotic: my landlord had said that he would be going by Ikea and could pick us up another bookcase and a few things that we needed and then he wound up not doing so. I'd been relying on getting that bookcase and doors put together so that I could get my surfaces cleaned up and do a final chometz clean-up and flat tidy before getting the seder meal together.
I was not mentally prepared to have piles of books floating about on surfaces. I still had three boxes of unpacked books (that I had shipped over from the States), another box that I had "inherited" from some ex-pats in Alt-Tegal (who are planning on moving back to CA in the fall and are deaccessioning books) and the car seats and suitcases that we had needed to unload from our limited storage area (which has our sold and sealed chometz boxes packed away in it). I don't do well with clutter at the best of times: due to my reading addiction I always have trouble dealing with my accumulation of reading material. Leaving aside the books, we read a number of periodicals every week: The Economist, Newsweek, Businessweek, US News & Worldreport, Money, Cooks Illustrated, Forbes, Fortune, Publisher's Weekly, some Treasury/ Accounting/ Controls trade magazines, and Analog. Thank heavens for recycling, although I wish I knew folks here in Berlin that would enjoy reading them: it feels so wasteful to just recycle them after 1 use.
So the German took a run to the closest Ikea and came back with everything 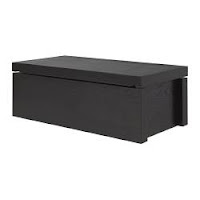 (including a corkboard, some extra place settings, the Billy and its doors, and a Malm chest. We put them together (and he says that the doors are unbelievably difficult), I loaded them up (and now I feel extremely tidy and under control) and then he took the Things out to the zoo and I started to scramble to get things together.
First off was the Pesach plate. We cleverly hadn't brought one with us, so I drew one on paper, put it in plastic and put that on a tray. The German had brought me whole walnuts by accident, so the next thing was to put the eggs on to boil, the chicken to roast, the potatoes to boil and then to start cracking walnuts (and picking nut meat- a phrase I have never gotten to use before) for the charoseth.
I got that together (and I quite liked it) then I printed out the haggadot that I had downloaded and formatted the prior evening.

I put together the Seder plate and tidied up and had a glass of wine (that must be why the charoseth recipe calls for a dry red) and had a good half hour sit down before the family came back from theplayground and it all went well. Thing1 did a great job of doing the 4 Questions, we used her Pesach book as well as the haggadah, and the cat did not get to jump on the table and eat the poultry ( a family joke. I did cut up quite a bit and put it on his plate). We didn't have room for the chicken soup and I expect that we will be eating that for the next few days: I'll need to be making matzoh balls next week. We had the seder comfortably early and the kids were in bed by 9 and then we cleaned up, kicked back, and watched last weeks Oprah's the Big Give.
On Sunday it didn't rain. First day in 50 days (since I started counting on an arbitrary date). We had some family time and then a babysitter, so the German and I could have a grown up Seder. It was at a large hotel here in Berlin and, according to the Rabbi, it was the largest seder in Germany. Very nice. Amusingly enough, someone from my german course was seated next to us and the other Parent representative from Thing1's class was at the next table. We had to run like Cinderella at 11 to get back by our 11:30 curfew (the babysitter is a kindergarten teacher and we felt badly enough keeping her up so late before a school day). It was a nice evening, I'll try to add photos later.
Monday we spent having family time. None of the local services had babysitting and our girls are just not able to take 4-6 hours of services without going insane. So we read the Passover story, had some matzoh brei for breakfast, then went to Kreuzberg to check out the Market Halle. It was nice, much better produce and meat than I have around me, but how is it possible that hot pepper here in Germmany can actually be bland? I bought olives in red pepper flakes and they are completely tasteless (except for the olive part).
We had lunch at our favorite Mt. Everest, but I wasn't able to have Momo balls (dumplings not allowable during Pesach). Then we spent an hour at the playground behind the hall. There's what appears to be a new book store there, Other Worlds. It seems to be so new that I can't find any on-line references. I checked it out: it's a SF and F store with a great selection, both in German and in English. But I just can't make myself pay an even exchange between dollars and Euros. That is, pay Euro 12.99 (+tax!) for a book priced at $12.99. That's an 80% mark up and far cheaper for me to have the books shipped over. They have used as well, so next time we are there I may stop in to see how they pay for used: it might be worth getting store credit. I ran in for a few minutes while the family was eating gelato, then the sky clouded over and we hopped the U-bahn back home.
A nice weekend.
Posted by G in Berlin at 4/22/2008 10:30:00 PM

It sounds like a lovely weekend. No rain on SUnday? Lucky you! We had it in my part of Germany and my skylight leaked.

I don't think you could imagine how much I miss IKEA - all my books are still in boxes because I can't find shelving... whoever thought that missing IKEA was even possible.