Picasso and Matisse and Klee, oh my 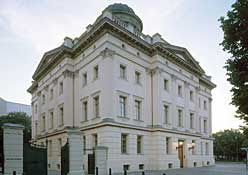 Museum Berggruen Berlin-Charlottenburg, Schlossstr. 1 © Staatliche Museen zu Berlin; Foto: SMB
Following up on my "resolution" to see more of what Berlin has to offer, I met a friend on Friday and we went to the Berggruen Museum.
I have been looking at this museum almost every day for the last three years (I passed it on the way to dropping the children at kita and on the way to one of my classes) and the only time I attempted to visit, it was closed (memo to self- many museums are closed on Monday in Berlin). 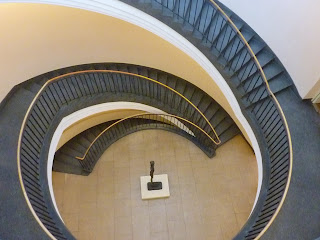 This time, I did some research and my friend and I chose an open day. We chose this museum because it was close to both of us and we had been thinking about it for a while and I really enjoyed the visit: I normally look at earlier periods but I have been trying to expand my understanding of art since visiting the Peggy Guggenheim in Venice last year.

This museum and collection were left to Berlin by Heinz Berggruen, a German Jew who fled the Nazis to the US and, while in Paris after WWII became an extremely influential gallery owner and friend of many artists, especially Picasso.

Berggruen left the art collection in a generous gesture of a low price to the Prussian Cultural Heritage Foundation. For this he was awarded the honorary citizenship of Berlin and the Federal Cross of Merit (Grand Cross 2nd Class) of Germany (Bundesverdienstkreuz, Großes Verdienstkreuz mit Stern und Schulterband). (cf Wiki above)

The museum has a collection of 85 works from Picasso, across his lifetime, as well as other artists that Berggruen collected personally) and I found it exciting and enlightening to look at Picasso's work across 80 years: I have never really liked the works that I saw, but now I see that there are many periods of Picasso that I do like. One of the most confusing points of the work that I have seen is that although Picasso painted in many periods, he did so whenever he wanted to, so one doesn' 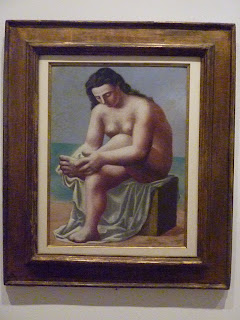 t necessarily look at hos work and see a progression: in fact, his more classic works can be seen throughout his oeuvre and his technical virtuosity is seen from a very early age: when he chose to paint in less technical styles, it was a choice, not a lack of skill. 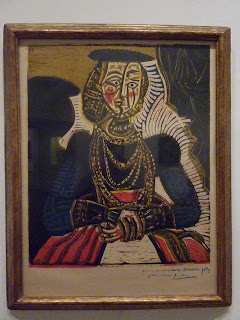 think it might be true as I looked through this collection which has masters of the different styles next to his paintings (which were not copies in the classical sense, but simply used the style of the period, such as Cubism or Fauvism– did he help create these styles or did he run with the thoughts of other artists?).

He outlasted the originators and he had amazing technical skill, though.
While this is an amazing homage to Cranach the Younger
There is an entire section of Klee which I also found fascinating.Klee lost his post at the university of Düsseldorf because he was Jewish and fled to Switzerland, where he died while awaiting naturalization (although his mother was Swiss, at that time, as in Germany, nationality passed through the male bloodline). 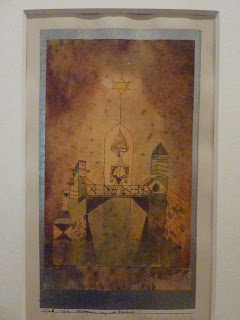 (Although nothing at all is mentioned in the exhibition about Klee's religion or its effect on his painting and life.)
Well worth visiting and the audio guide (which is included with admission) is extremely well done and includes some introductions by Heinz Berggruen to his collection and some specific paintings,a s well as some interesting interviews with contemporaries of Picasso.

This is a Berlin State Museum, and if one purchases the annual pass for 40€ one can go to them all (lots of them!) on the pass (80€ includes special exhibits): so far, all the museums have included a free audio guide with entry and I am very glad: they lend quite a bit to an understanding of the material.
Posted by G in Berlin at 1/09/2011 01:41:00 PM