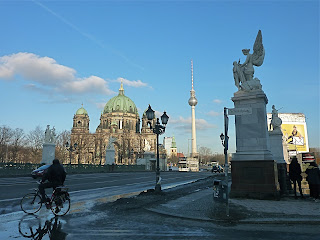 Entry to the Musem Isle 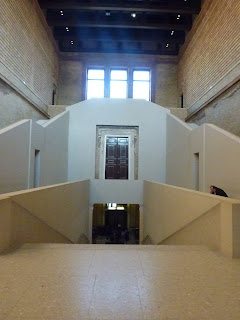 Continuing with this year's resolution to see more of Berlin (and by that I don't just mean walking by the architecture), I grabbed my Museum Pass on Monday and off we went. I would have preferred to see one of the National Galleries, but, having learned my lesson as to checking open days, I knew that Monday was closed for the majority of museums that I was interested in. However the Pergamon and the Neues Museum were available.

The Neues has only recently (2009) reopened after being closed for 70 years, since the beginning of World War II in 1939. It is an absolutely fascinating museum architecturally and one of the finest that I think I have ever seen. Please do read the above link which describes some of the controversy over David Chipperfield's design (some protesters attempted to have UNESCO place the Museum on its list of endangered World Heritage sites due to the redesign). To the right you see the view down the long hall to the famous bust of Nefertiti (shown below), which was discovered by Ludwig Borchardt in 1912. Believed to have been crafted in 1345 BC by the sculptor Thutmose, the paint you see is original. It is amazing to see this in person and no photos are allowed (therefore my shot from where photos are allowed) but the bust is even more incredible than the official picture I have included. 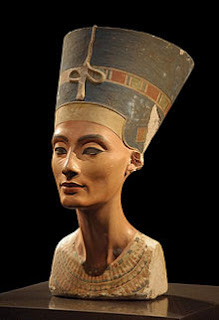 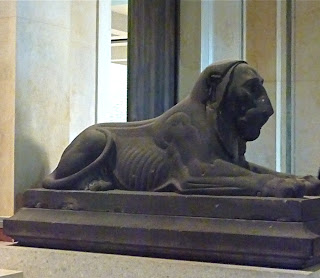 As we entered through the center staircase, I turned to the German and said how amazing I found the design, with the integration of recycled bricks and classic elements with stark modernity. That's when he told me how controversial the redesign had been. I wandered the halls in amazement at how perfectly the architect had incorporated the elements that were salvageable. I was so fascinated that I actually went to the gift shop and bought a "coffee table" style book on the design and rebuilding of the museum with essays by architects and I expect that I will read it slowly, chapter by chapter, over the next year. There's also a very good architectural visual tour on the web site of the museum. 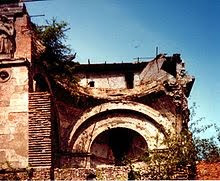 On the right you see the south cupola in 1984, on the left you see it as it is today. 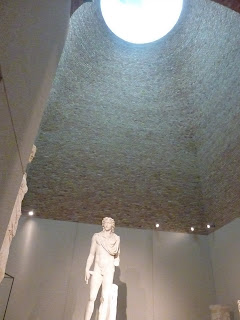 We spent a few hours wandering around, looking at the architecture and some of the exhibition highlights (like the Schliemann exhibit discussing the excavation and display of items from Troy–those that were not stolen by the Soviet Union during the occupation of Berlin). But we didn't see (or hear, using the once again wonderful and included audio guide) the quarter of it and I will visit again this year.

When deciding to see the Neues Museum, the most important thing to remember is that one needs to buy a timed admission ticket in addition to the regular ticket (or use of the museum pass). The ticket is free and can be purchase on-line or on-site, but it defines the time one will be allowed to enter (one can stay as long as one wishes) within a 30 minute period. Don't show up without one during busy periods or special exhibits, or one may wind up disappointed.
Posted by G in Berlin at 1/10/2011 09:38:00 PM