On a charming farm, not too far from the center of Berlin. (Where we had earlier picked strawberries.) 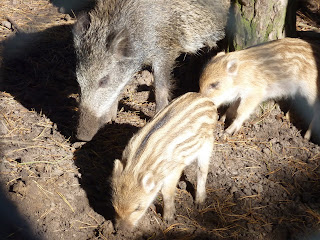 We looked at the deer in their enclosure, puzzled out the naturalist information, clambered through the wildschwein areas, were totally bummed that T2 was too small for the climbing park (not cheap, but takes up to 2.5 hours to go through), picked kilos of blueberries (even though it was a week later than the close of the season— which was extended because the previous weekend was rained out).

Then we looked at the Kurbisfest, did some bungee jumping, ate an ice (or, for the adults, had a coffee), bought some pumpkins (to eventually make into jack o'lanterns, and I hope a pie or two). 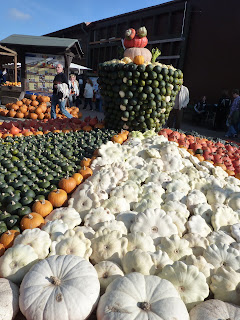 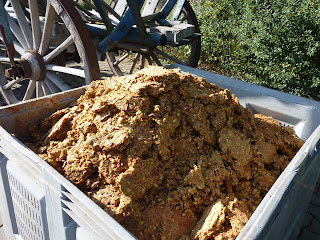 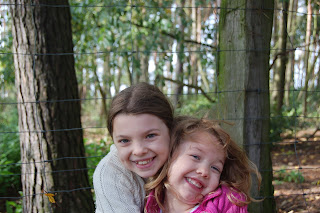 We watched apple juice being pressed (and pasteurized) and discovered that, as I had thought, there is no non-alcoholic cider here. I would mke it myself, but the juice is pasteurized as soon as pressed: I need to call the firm to discover how to buy must unpasteurized.