Thoughts on the holiday spirit. 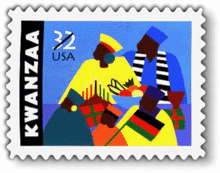 It's the end of 2011 and a week or so ago I received an e-mail in my role as an officer of multinational group. I have anonymized the letter, because I don't think anyone needs the identity of the writer or the group to look at the concepts and thoughts behind the writing.

(As a pertinent piece of information, the group is not just multinational and multi-ethnic, the German membership has a hard 20% cap to retain the "multi kulti" aspect—otherwise, in groups of this nature, the standard progression is that foreigners move away, Germans do not, and clubs become increasingly German.-At the moment, we have a several year waiting list of Germans.)

After due consideration and having read the following email, I decided to share my thoughts on this matter.

I am a member of X for approximately 18 years and have seen a lot of changes, mostly positive. However, every year when I receive the X newsletters, I find it disturbing, when I read the "Festive Season Dinner" or "December Festive Season Event" instead of "Christmas Dinner/Event". My question is - What are we celebrating? 'Why has the word Christmas been dismissed over the years? I am told it is politically correct to do so. Who are we insulting? Who are we trying to placate? Who feels threatened? I have served on X for a number of years and during my terms as X, my colleagues and I reverted to using the word Christmas, which we felt was correct and proper. I have the greatest respect for other holidays e.g. Hanukkha, Ramadan, Diwali and so on, and wish my friends all the best for the specific holiday and not the general in-term Happy Festive Season as I join them in celebrating. .Likewise, as a Christian, I would like the same respect. I would also like to remind everyone, that although we come from all parts of the world, we are based in Germany.

I wish you all a Happy Christmas and a healthy, successful and exciting 2012.

This was my response:

Hi X-
You sent this to me, not to "separate collective e-mail". So let me answer. I'm not Christian. I don't celebrate Christmas. Neither do many members of X. Therefore we have a holiday party.

If you would like to have a club that is open to only Christians or which has a religious basis and underpinning, you are welcome to found one. I don't see any pertinence to the article you included, by the way [a ridiculous "war against Christmas article"]. I also don't have a (pagan) tree in my home and find it strange that Christians have stolen the trappings of the Druidic rituals and slapped a Christian term on it.

I thought about this before writing my response, before ending it and before starting to write it up in this blog post. The German spouse was more incensed than I, and suggested that I should have stated that in an effort to be more inclusive in future I should have mentioned that we will be using sharia law to adjudicate organizational disputes and signed off with a cheery Merry Kwanzaa.

I could ask, who does this person think she is? But I know who she thinks she is. She thinks she has the right to make me, and others who do not belong to her narrow culture, strangers in our land. To make us invisible and to be offended when we refuse to walk behind her, to step to the side, to be at the back of the bus, and most importantly: to be quiet. The sheer hypocrisy of stating that she allow each person to celebrate their occasion and wants the "right" to celebrate her own (by which she means to force the acknowledgement, supremacy and celebration of her religious beliefs and holidays on others) and then ending her mail by wishing me- a Jew- a merry Christmas, just demonstrates her falseness.

I like the German spouses suggestions! Should definitely also mention Happy Festivus just for extra good humor that probably won't translate to non-Americans.

The problem is that you are both right in your way. It hurts to have your holiday ignored and your solution, and the approach taken by your organisation is just as offensive as suggesting that the party should only be about Christmas when Chanukkah falls at the same time this year (and is never too far away in any event). That isn't tolerant. There are ways to word an invitation and structure a party that acknowlege diversity (even that some people will also only be marking the turning of the year within the course of December) without reducing it to "holiday" or "winter". You want to exchange "Season's Greetings"? I suggest January. Plenty of winter left then.

AoM: I totally disagree with you. My group is a non-religious verein. We have no association with religion and we don't have parties commemorating any religion at all. So having a "Christmas" party is actually antithetical to our group and its inclusive goals. How do you think otherwise?
What this woman chooses to say to people in her private sphere is, of course, however non-inclusive, absolutely her own business. I wish people whatever I want- as a private person- and she is welcome to do so as well. Would she enjoy being wished a Happy Hannukah? I wonder.
I know that when she wishes me a Merry Christmas, I would normally ignore her ignorance. In this case, I am comfortable in pointing it out.

I agree with you, G. As long as the group is has no religious affiliation, I think it's fine to call it a "Holiday" party.

Having been gone for so long, I am only now learning about the "War on Christmas" that Christians have blindly decided was happening in the USA - and I think it's a load of rubbish.

It's the same technique of the "Big Lie" that Goebbels used. It's frightening to see it being used to make Americans somehow believe that the separation of Church and State is no longer a vital part of our society.