What I've been doing for the last month: Gaga in Budapest 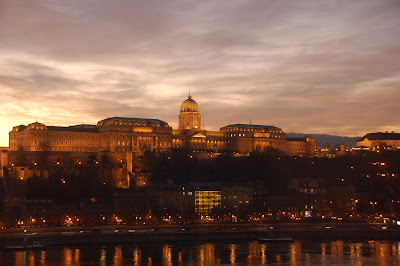 As with the tickets to a-Ha in Amsterdam, we had the opportunity to get tickets to Lady Gaga in several cities for points. The concert that fell on a possible weekend was in Budapest.
I'd never heard of Lady Gaga except in reference to her wearing a meat dress at an award, which I thought silly and a bit disgusting, so I wasn't certain whether it would be worth it.
But the German said that he'd never been to Budapest and would enjoy visiting, so I grabbed the tickets and then was able to get a great deal through family at the Budapest Intercontinental. I'd visited Budapest last in 1986, before the fall of the Soviet Union: although I was certain the city had changed, I remembered it as a beautiful and friendly city.
We flew into Budapest Ferihegy (please excuse the lack of accents throughout this blog post) and were able there to buy, at the Post, a 72 hour unlimited public transport ticket.(I used my German ATM card to take out Hungarian forints (HUF)from the ATM while waiting for our suitcase to arrive— Hungary hopes to be on the Euro in the next few years, but after the financial crisis, who knows?).
We didn't buy the Budapest card, which would also have included transport, because we didn't expect to visit many sites. We then took the bus to the transfer station, got on the subway, and got off 1 block from our hotel. Not using a cab or shuttle in this one direction paid for the entire 72 hour ticket. When we got there, we asked if there was any chance we might upgrade our room and they already had: our room had an amazing view—waking up there every morning was like living inside a piece of art. 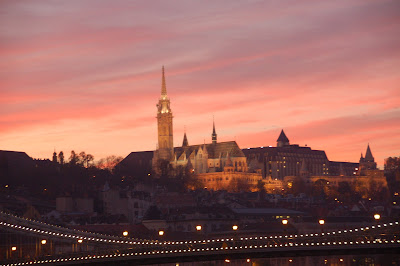 (the view from our window)
We spent a lot of time just walking around the city (both Buda and Pest), along the Danube, and through the Castle and Parliament grounds.
On Sunday we visited the Tobacco Street Synagogue and museum and had an interesting discussion with the tour guide. A gentleman on the tour tried to not accept a head covering when entering the synagogue— he said that his personal view did not require that— but did accept one after he was told that he would not be able to enter without covering his head. Would anyone expect to enter a mosque wearing shoes, or a Greek Orthodox church with bare shoulders? I visited this synagogue and the Jewish area when I was here in 1986: it was very interesting discussing with the guide the changes in the Jewish community and the differences in antisemitic acts since then.
That night we went to see Lady Gaga: 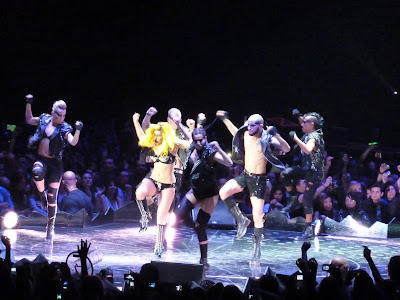 She was really great.
I wonder if I am the last person in the world to have heard a song by her?

(Not my video- there are better ones on Youtube but this was in Budapest)
I was really surprised by how much I enjoyed the music and by what a positive message Gaga was putting out (everyone is a superstar, there's life after adolescence, the meek will inherit the earth, positive body image, and so on). I did think the concert wasn't necessarily appropriate for the 8 year olds I saw there, but that was because of the profanity (I'm old-fashioned) and the sheer volume (I wore ear plugs). I wonder how many people recognized the Wizard of Oz motif?
We had a great time and Budapest is a great city to wander around in: if I ever manage to put together an album, there's some wonderful architecture there.
Posted by G in Berlin at 11/08/2010 11:42:00 PM

You just did two of the things I long to do. See Budapest and Lady Gaga in concert. Plus, you did them both in one trip!

I've been to Budapest twice and totally love it.

Re: Gaga: As I randomly hear more of her songs on the radio, I'm now realizing who they are by and that I like them. I'm not Gaga for Gaga like Papascott is, but she's pretty good.

I admit her antics (meat dress notwithstanding) turned me off to her, so I'm glad to see your positive comments. There's always more than meets the eye I well know.
As for Budapest, that was one astounding view outside your hotel--almost like a painting. I have a marionette doll of a babushka type old lady with a tray of cookies in her hands--made by a craftsman there--hanging in the corning of my bedroom. I can certainly believe it would be a great city to wander.

i've never heard a gaga song that i know of - do these songs play in germany?

@Wintersong- Wasn't it? It was so nice of the hotel to upgrade us. I can say it was a wonderful hotel (Intercontinental- and the food was fabulous.)
@Lytha- Gaga must play here, since J and Papascott are both in Germany, but I only listen to classical and BBC, so I can't tell you what station to turn to. I do know Berlin's O2 is sold out, so there are a lot of Germans wanting to see her. Check out Pa-pa-razzi on Youtube, or just run a Youtube search to hear her. I'm more of a British progressive rock girl, myself.